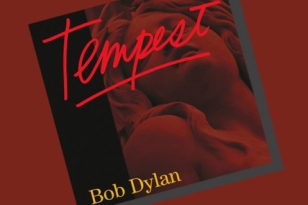 Dylan is using his voice in Pay in Blood to project a dialogue between four distinct protagonists in this protest song. The first half entails a fierce exchange between ‘slave’ and ‘slaveowner’ but then the song transfigures into a comparably merciless showdown between ‘Soldier’ and ‘Politician’. I’ve always considered it in some sense Dylan’s omniscient update of his own early period piece -‘Masters of War’.

I was translating Pay in Blood into Spanish for a friend when I realised a clear division between the first four lines of the verse and the subsequent four. Then it became apparent to me which characters he was representing in each 4 line stanza. Also his voice changes markedly and the instrumentals shift to reflect the alteration.

To demonstrate this dialogue exchange I have presented the lyrics below and segmented each 4 line stanza to highlight the distinction between characters. I should preface by adding that my interpretation of the ‘identity’ of the characters should not be regarded as literal givens rather it is a broad-brush hypothesis of how one might interpret the song. Also there does seem to be some conjecture over who says what particularly in the last 4 verses.
Each character seems to use biblical rhetoric throughout which gives this world-view showdown a timeless quality and spiritual substrate.

Well I’m grinding my life out, steady and sure
Nothing more wretched than what I must endure
I’m drenched in the light that shines from the sun
I could stone you to death for the wrongs that you done
– slave

Sooner or later you make a mistake,
I’ll put you in a chain that you never will break
Legs and arms and body and bone
I pay in blood, but not my own.
– slaveowner/master

I got something in my pocket make your eyeballs swim
I got dogs could tear you limb from limb
I’m circlin’ around the Southern Zone
I pay in blood, but not my own.
-slaveowner/master

Low cards are what I’ve got
I’ll play this hand whether I like it or not
I’m sworn to uphold the laws of God
You can put me out in front of a firing squad
– soldier (the soldier is being court-martialed?)

I’ve been out and around with the rowdy men
Just like you my handsome friend
My head’s so hard, must be made of stone
I pay in blood, but not my own.
– politician

Someone must’ve slipped a drug in your wine
You gulped it down and you crossed the line
Man can’t live by bread alone
I pay in blood, but not my own.
– politician

How I made it back home, nobody knows
Or how I survived so many blows
I’ve been through hell, what good did it do?
You bastard! I’m supposed to respect you?
– soldier

I’ll give you justice, I’ll fatten your purse
Show me your moral virtue first
Hear me holler and hear me moan
I pay in blood but not my own.
– politician

You pet your lover in the bed
Come here, I’ll break your lousy head
Our nation must be saved and freed
You’ve been accused of murder, how do you plead?
– soldier

This is how I spend my days
I came to bury, not to praise
I’ll drink my fill and sleep alone
I play in blood, but not my own.
– Politician

Here is a live version of the song: