The ABC with Elmo and India Arie (Special Edition)

Today we commemorate with a special edition music post the ending of all songs starting with the letter ‘A’ in the music library project. Below is India Aria singing the ABC with Elmo. This lovely song is good refresher training to remind us which letters come next in the alphabet. Also if my maths is correct since we have officially concluded letter ‘A’ that leaves us with 25 letters. Given the quantity of songs remaining and my current posting rate of three song posts a week, this project should conclude in 320 weeks from this point. In 6.15 years give or take we would be done if I refrained from adding new songs to my library, which is highly unlikely. So 7 years is my best guesstimate.

According to Muppet Wiki: India Arie Simpson (b. 1975), known famously as India.Arie, is a two-time Grammy Award winner R&B singer-songwriter. She sang “The Alphabet Song” with Elmo in Sesame Street Episode 4100 and a song about jumping on the video Happy Healthy Monsters. 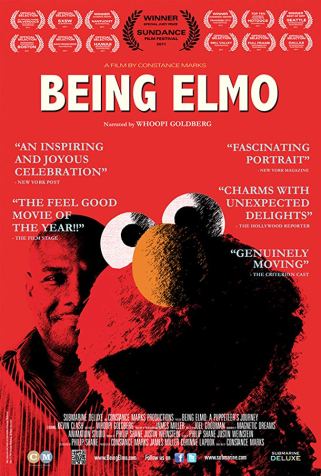 I really enjoyed watching Elmo sing with the stars when my kids were younger. Some of my favourite guest appearances include Jason Mraz, Ricky Gervais and Andrea Bocelli. Also the highly acclaimed documentary film Being Elmo (see image inset) about the puppeteer behind Elmo – Kevin Clash was released in 2011.
According to wikpedia:
The film focuses on Clash’s early career in Baltimore, Maryland. It covers his meeting and interactions with Sesame Street creator Jim Henson, puppet maker Kermit Love, and the phenomenal success of Elmo. Clash joined Sesame Street in 1984.

So to officially sign off to the letter ‘A’ in the music library I present to you India Aria singing the ABC with Elmo: