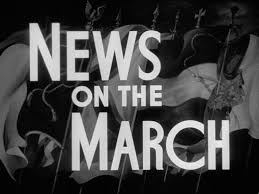 Edited 3/8/2021 I trusted what was said on the banned episodes of the Darkhorse podcast and even wrote articles about them in support of their arguments (such as the article below). Based on the recent interview by Rebel Wisdom with Yuri Deigin called Yuri Deigin Responds to Bret Weinstein on Vaccines, Ivermectin & Quillette and the data presented within I will now stop taking Ivermectin and get the Vaccine. Thanks Rebel Wisdom for showing both sides. I don’t disrespect those still unwilling to take the vaccine because people should remain free to decide what they chose for their bodies to be administered. But my own mind has been made up after waiting out a little bit of time to see what extra data and information surfaced about the efficacy and safety of the Vaccines. Cheers.

2 days ago Sam Harris released a full podcast A Contagion of Bad ideas speaking with  Eric Topol about vaccine hesitancy and related misinformation. A lot of their disingenuous discussion centred on Brett Weinstein’s Dark Horse podcast and in particular Brett and Heather’s comments about Ivermectin and their questioning of the efficacy of the Vaccines. I won’t add anything more about this except to say Harris’ main premise is that those who are vaccine hesitant also think Covid is harmless to them. This may be the case for some but many many people don’t want either. Brett and Heather’s initial response to the Harris podcast was communicated yesterday on his podcast.

The reason I featured the above link here because it outlines Weinstein’s arguments and the evidence he has drawn upon to feel satisfied to use Ivermectin as a prophylaxis in the meantime. I also use it in lieu of the vaccine until more information comes to hand about the long term health effect of the Vaccines and their ability to protect against new variants of the virus and impact transmission rates of the virus.   English doctor Dr John Campbell published a video 2 days ago which shows an Israel study of Pfizer vaccines efficacy in preventing delta variant infections as 39% and 91% in preventing serious illness.
(See entire video)

Dylan in the Shadows
Blog article by Richard Williams

Articles by Professional music author Richard Williams are regularly featured here at News on the March. Here he writes about Bob Dylan’s exclusive broadcast event on the 18th of July, marking the first concert performance since December 2019.

‘That was the mood created for Shadow Kingdom: low-key, intimate, respectful of the songs. Acoustic and lightly amplified guitars, mandolin, accordion, double bass or (on a couple of songs) bass guitar and harmonica were lightly woven around Bob’s voice in three or four different settings, all in deep monochrome chiaroscuro and mostly approximating the ambiance of a funky roadhouse: the audience drinking, smoking, and dancing to one or two of the tunes’.   (Read entire article)

Now, in his biggest book, he (Bill Bryson) confronts his greatest challenge: to understand—and, if possible, answer—the oldest, biggest questions we have posed about the universe and ourselves. Taking as territory everything from the Big Bang to the rise of civilization, Bryson seeks to understand how we got from there being nothing at all to there being us. To that end, he has attached himself to a host of the world’s most advanced (and often obsessed) archaeologists, anthropologists, and mathematicians, travelling to their offices, laboratories, and field camps. (Listen to audiobook)

Konstantin Batygin is a planetary astrophysicist at Caltech. Anyone who is fascinated by learning more about the Cosmos in particularly the outer regions of our Solar System then this is essential viewing. Konstantin is witty, talented, and interesting. I still have to watch the second half, but I’m highly anticipating it based on what the first half had to offer. (Watch entire podcast) 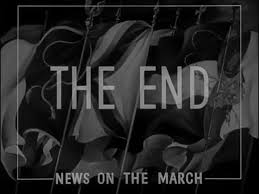