Home › Movies and TV › The Lego Movie. Be Wary of the Hype.

The Lego Movie. Be Wary of the Hype.

Posted on February 26, 2014 by observationblogger — 5 Comments 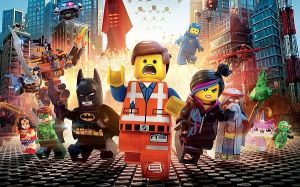 I saw it The Lego Movie my son yesterday. I cannot understand 96% on Rotten Tomatoes. The beginning and end was interesting, but everything in between was well…very lego-ish. I felt like I was sitting in a boardroom watching a long lego promo.  I was interested in seeing a movie, a film, a story. I wasn’t interested having products and the Lego brand shoved down my throat.

To quote an astute IMD member, ‘This film tries to manufacture emotional depth without actually having any – kind of an example of the main problem, which is that just by wishing they made a movie with real meaning it could be so. Toy Story and so many other great animated movies actually HAVE emotional depth and real feeling, and the contrast highlights that this facsimile is using pure manipulation. And kids know the difference‘ – my son also left shaking his head at the end and wondering what had gone wrong and why it wasn’t like ‘Frozen‘.

Great advertisement for Lego. That’s what I got from it, more than any other message.  It hits on the nostalgia factor or the independent master builder message – but what is its end purpose? It’s just clever marketing. It isn’t in the same ballpark as the classic Toy Story 3.

Tagged with: lego, the lego movie, toy story 3
Posted in Movies and TV

5 comments on “The Lego Movie. Be Wary of the Hype.”