Home › Reading › Virginia Woolf’s Final Letter and To the Lighthouse

Virginia Woolf’s Final Letter and To the Lighthouse

Virginia Woolf’s final letter was found by her husband Leonard on the day she disappeared in 1941. Her body was found some weeks later in the River Ouse, dressed in an overcoat with pockets filled with stones.

In August last year, I described my reaction to just having read To The Lighthouse by Virginia Wolf . 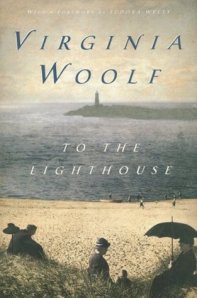 ‘It’s as though someone with an advanced intellect from another world has written something totally impartial, yet supremely intuitive about how the human mind processes experiences. It’s just so superior to anything else written.’

As this Virginia Wolf documentary explains ‘Virginia had undoubtedly drawn a lot upon her annual family pilgrimages to St Ives in Cornwell from her early childhood to when she was fourteen. They had given her it seems, her happiest moments.  Virginia’s sister Vanessa, recognised in To The Lighthouse  an almost perfect recreation of their parents. Her father dominant, but insecure. The mother extraordinarily good and almost too accepting of him’.

Good Reads reviewer Stephen M described the experience of reading this classic better than I could ever hope to:

I’ve never dwelt over a set of 200 bound pages with as much joy and relish as I have with To the Lighthouse. I can say without reservation, that this is some of the most incredible writing I’ve ever come across and I’m absolutely baffled as to how Woolf pulled it off. So much of the prose was redolent of an abstract surrealist film, such were the clarity and preciseness of its images. At a certain point Woolf describes an idea entering a character’s mind as a drop of ink diffusing in a beaker of water. I left several exclamation points and expressions of pure joy among the marginalia of my copy. I have never experienced such a strange brew of images and ideas that whirl around mere words of a novel, all of which has incited such excitement in me, as if some beautiful and aching aspect of human experience has been solidified on paper that will never be as perfect as it is here.

Let’s read some excerpts from To the Lighthouse, which helps illustrate Stephen M’s review:

“For now she need not think of anybody. She could be herself, by herself. And that was what now she often felt the need of – to think; well not even to think. To be silent; to be alone. All the being and the doing, expansive, glittering, vocal, evaporated; and one shrunk, with a sense of solemnity, to being oneself, a wedge-shaped core of darkness, something invisible to others… and this self having shed its attachments was free for the strangest adventures.”

“She had known happiness, exquisite happiness, intense happiness, and it silvered the rough waves a little more brightly, as daylight faded, and the blue went out of the sea and it rolled in waves of pure lemon which curved and swelled and broke upon the beach and the ecstasy burst in her eyes and waves of pure delight raced over the floor of her mind and she felt, It is enough! It is enough!”

“Was there no safety? No learning by heart of the ways of the world? No guide, no shelter, but all was miracle, and leaping from the pinnacle of a tower into the air? Could it be, even for elderly people, that this was life?–startling, unexpected, unknown?”

You can read more quotes from Viginia Woolf’s To The Lighthouse at the Goodreads web site. Also you can listen to this, the only surviving recording of Virginia Woolf’s voice. This recording comes from an essay published in a collection—The Death of the Moth and Other Essays—the year after Woolf’s death. The talk was called “Craftsmanship,” part of a BBC radio broadcast from 1937.

“[words are] the wildest, freest most irresponsible most unteachable of all. Of course you can catch them and sort them and place them in alphabetical order in dictionaries but words do not live in dictionaries, they live in the mind…” – Virginia Woolf