A Day Without Rain – Enya

Posted on August 5, 2019 by observationblogger — 13 Comments 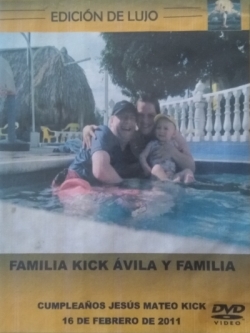 Such is the strong impression this song had on me I used it to conclude a family DVD I created for my son’s third birthday (image inset). Call me sentimental, but I think it is one of the most beautiful tunes I’ve ever heard. A Day Without Rain comes from Enya’s 5th studio album called (low and behold) A Day Without Rain released on the 20th of November 2000.
According to Wikipedia: In the aftermath of the 11 September attacks, sales of the album and its lead single, “Only Time”, surged after the song was widely used during radio and television coverage of the events, leading to its description as “a post-September 11 anthem”.

Enya Patricia Brennan known professionally as Enya, is an Irish singer, songwriter, record producer and musician. She began her music career with her family band Clannad, but left in 1982 with their manager and producer Nicky Ryan to pursue a solo career. She has sung in 10 languages; eight more than me. The commercial and critical success of Watermark (1988) propelled her to worldwide fame. You could describe her music as new-age Celtic.

In 2001 she wrote and performed two tracks for the soundtrack of The Lord of the Rings: The Fellowship of the Ring (2001) at the request of director Peter Jackson.

Tagged with: Day Without Rain, enya
Posted in Music