Posted on August 13, 2019 by observationblogger — 4 Comments 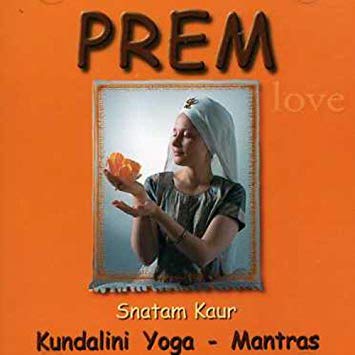 Aad Guray Nameh isn’t so much a song as it is a mantra. It was recommended by a friend of mine at my son’s football club who also enjoys practicing Kundalini Yoga.  It was performed by Snatam Kaur and released on her chant album Prem (image above) in 2002.

Wiki: Snatam Kaur Khalsa is an American singer, songwriter and author. Kaur performs new age Indian devotional music, kirtan, and tours the world as a peace activist. The surname “Kaur”, meaning “princess”, is shared by all female Sikhs…. Snatam Kaur’s career received a boost when it became known that her music was a favorite of Oprah Winfrey. Kaur was nominated for a 2019 Grammy for her album Beloved.

The translation of the mantra is as follows:

According to the SAT NAM fest site:

“When you cannot be protected, this mantra shall protect you. When things stop, and won’t move, this makes them move in your direction.” – Yogi Bhajan

Aad Guray Nameh is a very powerful mantra used for protection, to gain clarity, and to receive guidance from one’s highest Self. This mantra creates a protective field of energy around the person chanting, attracting abundance to them helping them live out their destiny.

The Mangala Charan Mantra (Aad Guray Nameh) can be chanted at any time, any place, whenever there is a need for protection. When chanted for 31 minutes, in any setting, it is a practice for covering and clearing the past, present and future.