Posted on September 28, 2019 by observationblogger — 7 Comments 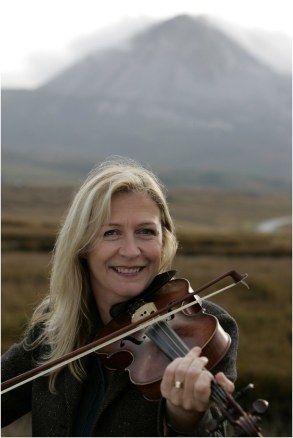 I cannot recollect how I found this song, nor had I even heard of the singer or could understand the lyrics. I imagine I stumbled across it on a wordpress blog and I hastily added it to my collection. It’s simply beautiful and in preparing this post I am learning like most of you about this traditional lament from Gaeltacht (an irish speaking region) for the first time.

An Mhaighdean Mhara (The Mermaid) is mostly associated with the county Donegal in Ireland. The singer of this version – Mairéad Ní Mhaonaigh is from Donegal as well. So you could say almost technically this old traditional song is in her blood. Lamentable Gaeltacht in which the song is sung is threatened by a serious language decline according to wiki.

It may surprise you when you hear Mairéad Ní Mhaonaigh sing that her principle musical expertise is in fact ‘the fiddle’. I don’t know about you, but I haven’t heard too many fiddlers who can sing like this.  Her personal web site states: She is a native speaker and learnt her songs and tunes from her family and neighbours. Mairéad is internationally known as one of the most important fiddle players that play in the unique Donegal style.

According to this wordpress blog – CÓR An Mhaighdean Mhara (The Mermaid) tells the story of a mermaid who leaves the ocean to marry a mortal man and bear his children. Longing for the sea, she eventually returns to the waves, leaving her husband and children behind. The song has lullaby qualities and is traditionally sung to comfort children who have lost their mothers.

I do hope you feel as ‘beatified’ (in the mid 16th century denotative sense) as I did for the experience of listening to this.

7 comments on “An Mhaighdean Mhara (The Mermaid)- Mairéad Ní Mhaonaigh”