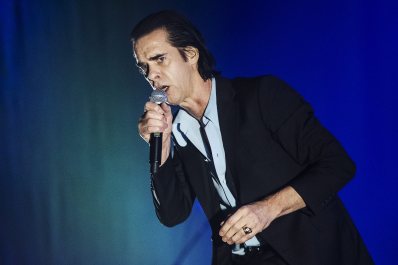 This is the first song from Nick Cave to feature in the music library project. Nick Cave is one of Australia’s most successful musical exports in Alternative – Indie music. When people cite great influential songwriters and poets of the last few decades Nick Cave’s name is often in the mix. Today’s song Bright Horses is from his most recent record Ghosteen (2019) which was written in the aftermath of the death of Cave’s son Arthur in 2015.  This record is recognised as one of his most powerful; a meditation on mortality and our collective grief.

Nick’s trying to process and wrestle this grief is all there to see on Bright Horses. He at his most rudimentary here in terms of just letting his heart do the writing. I find my eyes welling up with tears as he clambers on to find faith and hope in this time of extraordinary suffering. It’s as though this grief has opened a new transcendent portal in his consciousness.

And everyone has a heart and it’s calling for something
And we’re all so sick and tired of seeing things as they are….

Oh, oh, oh, well, this world is plain to see
It don’t mean we can’t believe in something, and anyway
My baby’s coming back now on the next train
I can hear the whistle blowing, I can hear the mighty roar

The horses become the metaphor for his sons memory, or his spirit. His wild care-free spirit with its mane full of fire. And Nick imagines himself sitting by his side, holding his hand. He knows the memories aren’t a replacement for his real son, and it won’t bring him back, but he’s sick and tired of using logic to explain to himself what has happened – horses are just horses, fields are just fields, the world is full of tyrants, and that his son really isn’t the little shape dancing at the end of the hall. But that ‘doesn’t mean we can’t believe in something’.

Upon its release, Ghosteen was met with widespread critical acclaim. It received several perfect scores and is the highest-rated album of 2019—as well as the second-highest-rated album of the 2010s—on Metacritic. Ghosteen marks the 40th anniversary of Nick Cave’s recording career and more songs from this record will feature in this music library project.