“It’s funny, but you never really think much about breathing. Until it’s all you ever think about.”
― Tim Winton, Breath 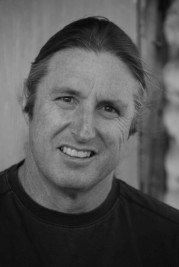 Tim Winton is Australia’s most-lauded novelist. He has won Australia’s highest literary merit the Miles Franklin Award an unprecedented 4 times including once for the novel I will discuss here – Breath. I have read nearly all off Tim Winton’s books. He is undoubtedly my favourite Australian author. To me what sets Tim’s writing apart is his ability to capture that almost inexplicable strange beauty of Australia. I have lived overseas a long, long time and of course I miss my home country, but if I ever want to get reacquainted with my island home then I will dive head-first into a Tim Winton novel. I have him to thank for that.

Good reads’ description of Breath: On the wild, lonely coast of Western Australia, two thrillseeking and barely adolescent boys fall into the enigmatic thrall of veteran big-wave surfer Sando. Together they form an odd but elite trio. The grown man initiates the boys into a kind of Spartan ethos, a regimen of risk and challenge, where they test themselves in storm swells on remote and shark-infested reefs, pushing each other to the edges of endurance, courage, and sanity. But where is all this heading? Why is their mentor’s past such forbidden territory? And what can explain his American wife’s peculiar behavior? Venturing beyond all limits—in relationships, in physical challenge, and in sexual behavior—there is a point where oblivion is the only outcome. Full of Winton’s lyrical genius for conveying physical sensation, Breath is a rich and atmospheric coming-of-age tale from one of world literature’s finest storytellers.

Shortly after Breath was published in 2008, I went to see Tim do a book reading in Melbourne to inaugurate the release of his much anticipated book. I had never before or ever since procured a book and read it as quickly as I did with Breath.  I would read it another 3 times that year before I eventually moved overseas. A week ago I dusted it off to rekindle that old flame and see if my obsession with it was justified. Part way through I realised I was reading from a master at work. I was just as mesmerized as I had been 10 years earlier. Every page I was gobsmacked by some outstanding literary prose thinking to myself, ‘How did he come up with that, and that, and that?’. To put it bluntly, reading a Tim Winton book is a very humbling experience for any writing enthusiast. He sets the bar high.

“That was the simple objective, being airborne, up longer, up higher, more casually and with more fuck off elegance than anyone else in the world. I never understood the rules or the science of it but I recognized the single-mindedness it took to match risk with nerve come what may. Some endeavours require a kind of egotism, a near autistic narrowness. Everything conspires against you – the habits of physics, the impulse to flee – and you’re weighed down by every dollop of commonsense dished up. Everyone will tell you your goal is impossible, pointless, stupid, wasteful so you hang tough. You back yourself & only yourself. This idiot resolve is all you have.”
― Tim Winton, Breath

What struck me this time around apart from it being more of a page turner and easier to read than I remember; is this coming of age story of two adolescent surfers on the West Australian coast launched me back into my own adolescent self. Better than any family photo album could evoke, all the sights, smells and sounds of my youth in Australia came flooding back.

Arguably, Tim Winton’s magnum opus up to this point is his 1991 novel Cloudstreet. It’s nearly thought of in Australia as un-Australian if you haven’t read that ‘tower of book’. Many would recommend if you were going to get your feet wet with Tim Winton then Cloudtstreet would be the go-to book. However, I would contend that Breath is more easily consumable due to its no-nonsense literary prose and and it can be read in less sittings due to its shorter length and entrancing plot. As a blogging enthusiast, even if this post inspires just one person to read Tim Winton then I will be content.

The first sun gave the water a benign sheen and for a few moments there was nothing to see, little enough for a swoon of relief to course through me. I was, I thought, off the hook. And then a mile out I saw the sudden white flare. A plume of spray lifted off the bommie like the dust kicked up by a convoy of log-trucks and after a second’s delay the sound of it reached us. Now that was a noise to snap a boy out of his dreamy sense of wellbeing.