Posted on August 21, 2019 by observationblogger — 2 Comments

For today’s ‘Wednesday book quote’ we revisit Oscar Wilde’s The Picture of Dorian Gray. This section examines further the mindset and personality of Lord Henry whose brash and provocative monologue Youth is the one thing worth having was discussed previously. Lord Henry is such a unique individual because he’ll take any conversation immediately out of its comfort zone. ‘Small talk’ isn’t exactly his cup of tea; he prefers to poke and probe, push the boundaries with whom he’s talking to. His pleasure is in the art of impressing, influencing, and even misleading his acquaintances. 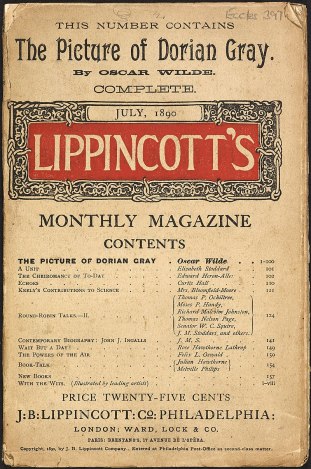 According to wikipedia Lippincott’s monthly magazine first published The Picture of Dorian Gray complete in July 1890, but fearing the story was indecent they deleted 500 words without Wilde’s knowledge. Despite that censorship, The Picture of Dorian Gray offended the moral sensibilities of British book reviewers, some of whom said that Oscar Wilde merited prosecution for violating the laws guarding public morality.

Picture is the only novel written by Wilde. He said that the three principle characters were reflections of himself. There is probably no better example of this interplay than in the following section which begins the book and there are few passages I have found more richly compelling and amusing than this one.  To set the scene, the decadent dandy Lord Henry is observing the sensitive artist Basil Hallward painting the portrait of Dorian Gray. While sitting for the painting, Dorian listens to Lord Henry espousing his hedonistic world view. The conversation below is with the ‘deeply moral’ artist Basil: 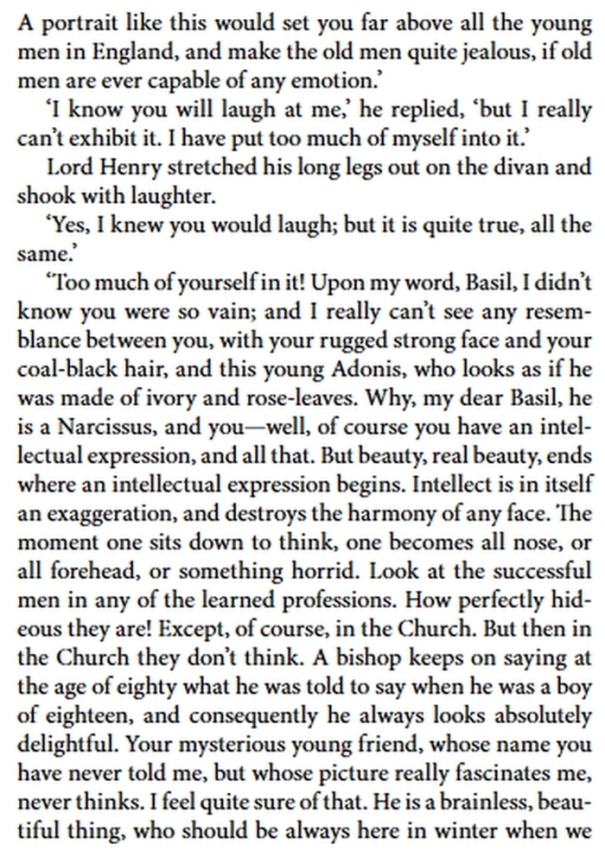 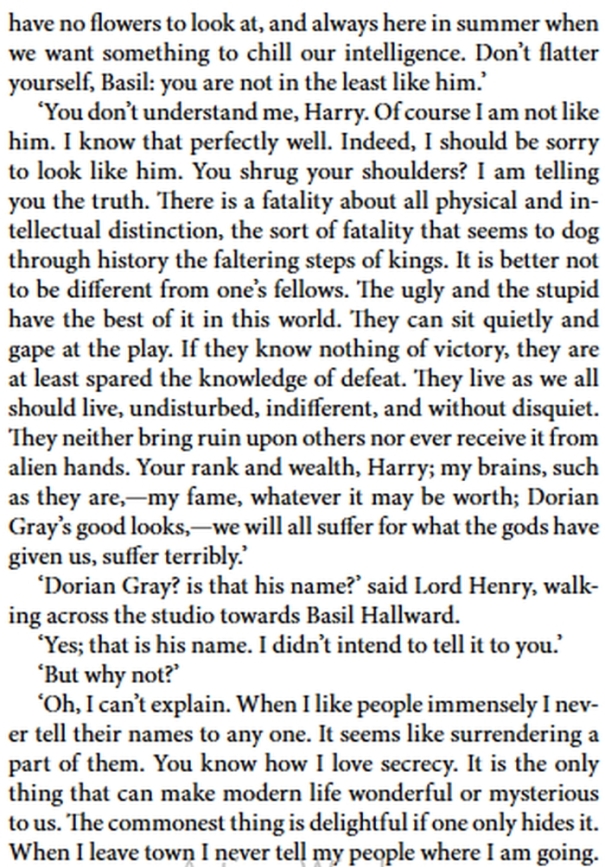 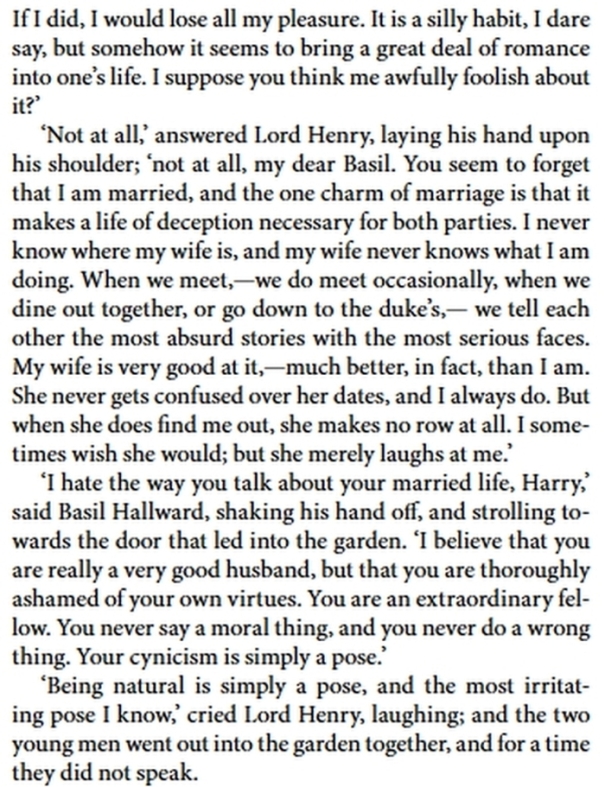 2 comments on “‘Taking pleasure of influencing and misleading’- revisiting Oscar Wilde’s only novel.”