Amores como el Nuestro (‘Loves’ like Our One)- Jerry Rivera

Posted on September 26, 2019 by observationblogger — 9 Comments 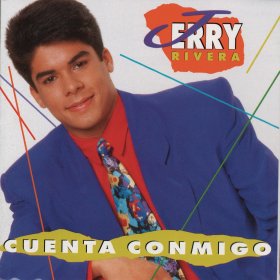 Amores como el Nuestro is one of Latin America’s most emblematic love songs in Salsa. It is the second latino song to make an appearance in my music library project. The first was Marcela Gandara & Zaira Johnson’s Adorandote.

In 2017, Amores como el Nuestro (Loves’ like Our One) celebrated 25 years since it was launched. It was released in 1992 on Jerry Rivera’s third and most successful album Cuenta Conmigo (Stand By Me). It is considered as one of his most important albums and positioned as one of the best sellers of salsa history. When I came to Colombia back in 2009 Puerto Rican Jerry Rivera was one of the first Latin music artists who I took an immediate liking to. To this day Jerry’s music runs amok on Colombian airwaves.  I feel quite nostalgic towards Amores como el Nuestro because it is one of the first songs I can remember hearing after I arrived in Colombia.

What stood out for me was the trumpet heralding this kind of ‘eternal love’ which as the lyrics suggests is becoming less common. It expresses a sublime, tender, and sincere love  a couple has for one another, but it’s put under scrutiny or cast aside by the frenetic pace of change, superficiality and sterileness of modern living and consumerism.

My project will feature quite a few Jerry Rivera tracks so I will not exhaust this first post with too much information about Jerry and his music.
So without further or do, please enjoy….Amores como el Nuestro (Loves’ like Our One).