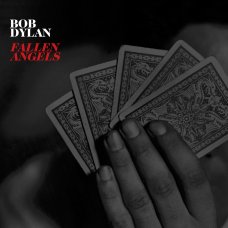 Like its predecessor, the masterpiece Shadows in the Night, Fallen Angels is enticing a whole new audience to the Bob Dylan musical repertoire; the type of audience which lounged their music away and didn’t think twice, but that’s alright. Fallen Angels gives them another side to Dylan, like a saltier martini that makes the going down so much more pleasurable. He has again craftily demonstrated his whet appetite for romantic divulges, which is really his most enduring theme when you reflect back on his music. Some say Dylan is a folkie, hippster, poet, ‘song and dance man’, but what he really is just a smoothie and all he’s done is gone back to that lil’ ol thang that captivates him more than anything else – ‘Love’.

This album is a more lighthearted extension of the heavy Shadows dose; an artistic expression of a 70 something year old’s innate desires to feel love. It’s that simple, yet so utterly convincing, unlike how young crooners these days cross their t’s and dot their i’s. How lucky are we?

Related Articles:
1. Bob Dylan’s ‘Shadows in the Night’ and his second single ‘Stay With Me’.
2. Dylan’s Desert Island Revue – Final Compilation Release
3. The greatest cover up in history – The unheralded Robert Zimmerman

Tagged with: Bob Dylan, fallen angels, Shadows in the Night
Posted in Music